There are so many different styles of Cabernet Sauvignon out there that it only makes sense that they vary in taste, style, and you guessed it, food pairings. Here are some of my favorite things to eat alongside a bottle of Cabernet Sauvignon. Whether you are a meat and potatoes kind of person, you prefer to skip the meat, or are just looking for something to snack on, there is a Cabernet Sauvignon wine pairing for you!

How to Pair Cabernet Sauvignon

I rarely classify myself as a “meat and potatoes” kind of guy. However, when I am sitting in front of a nice bottle of Cabernet Sauvignon and a steak dinner I am the first one to dive in. There is just something so comforting about a big, bold, and beautiful red wine paired with a simple meal. Throw in some roasted asparagus and a red wine reduction sauce, and I am in gastronomic paradise.

Pairing Cabernet Sauvignon with food starts off simple enough. The principle of pairing big wines with heavier dishes comes to mind. Cabernet Sauvignon is usually medium to full-bodied, with higher levels of tannins compared to other red wines. This grape can be made into a variety of wine styles. Without overgeneralizing too much, there are two major styles of Cabernet Sauvignon, single varietal wines and blends. 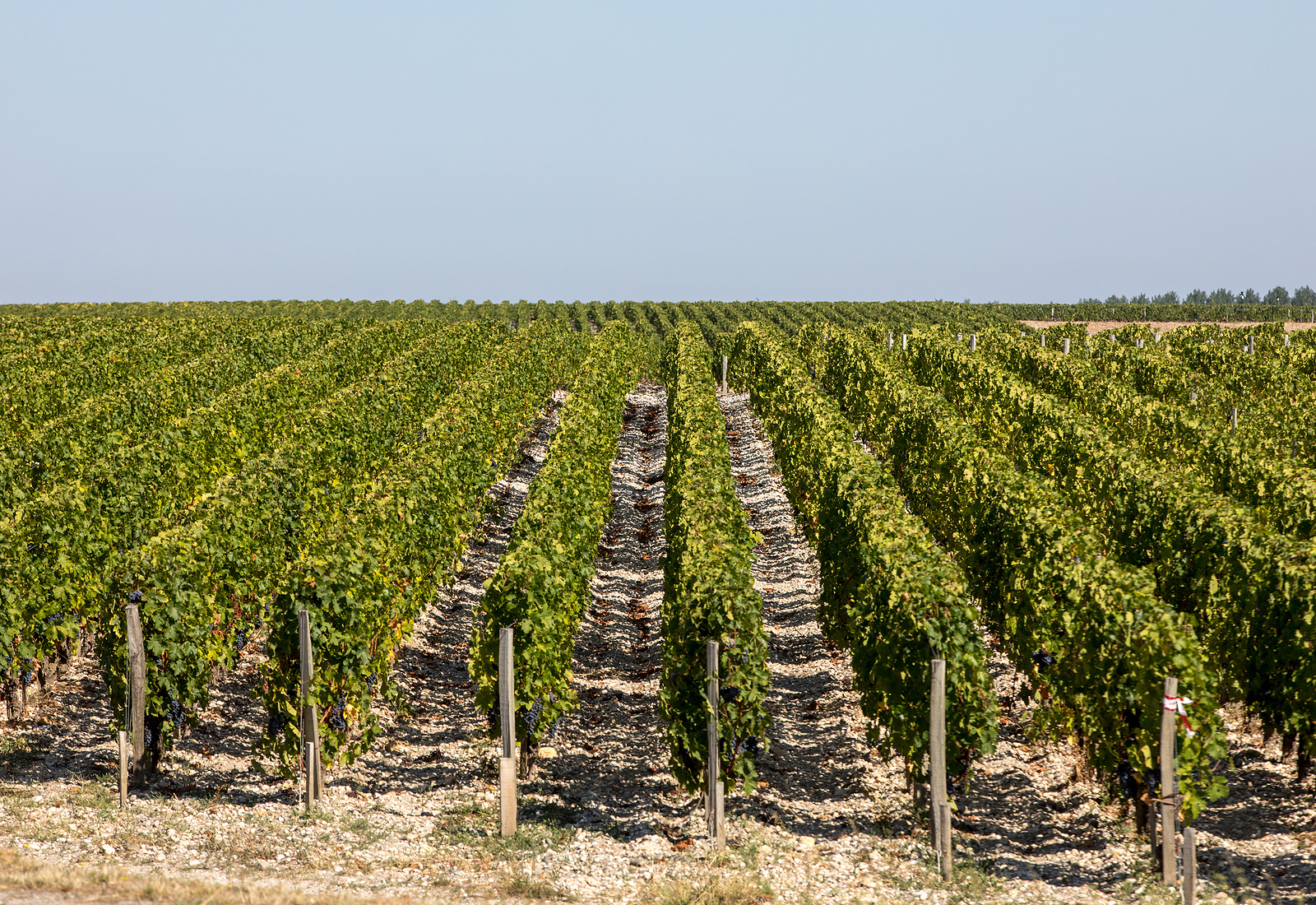 Despite being made from the same grape variety, these wines vary in taste, style, and you guessed it, food pairings. Here are some of my favorite things to eat alongside a bottle of Cabernet Sauvignon. Whether you are a meat and potatoes kind of person, you prefer to skip the meat, or are just looking for something to snack on, there is a Cabernet Sauvignon wine pairing for you!

Cabernet Sauvignon with meat is a no-brainer. Steak might be the obvious choice here, but there are some things to consider before pairing just any steak with this wine. Some pieces of meat are better than others for pairing with such a big wine. Two of my favorite cuts to pair with a Cabernet Sauvignon are a simple grilled ribeye steak or braised beef short ribs. Ribeye has enough fat marbling to help counteract the drying sensation caused by tannins (the astringent compound found in wine). The short ribs, when cooked low and slow, become tender and have just enough fat to stand up to the wine. Bonus points if the ribs are cooked in a red wine reduction sauce. If beef isn’t your thing, try out roasted or grilled lamb with fresh herbs like rosemary and thyme. This is a perfect complement to a bottle of Bordeaux. 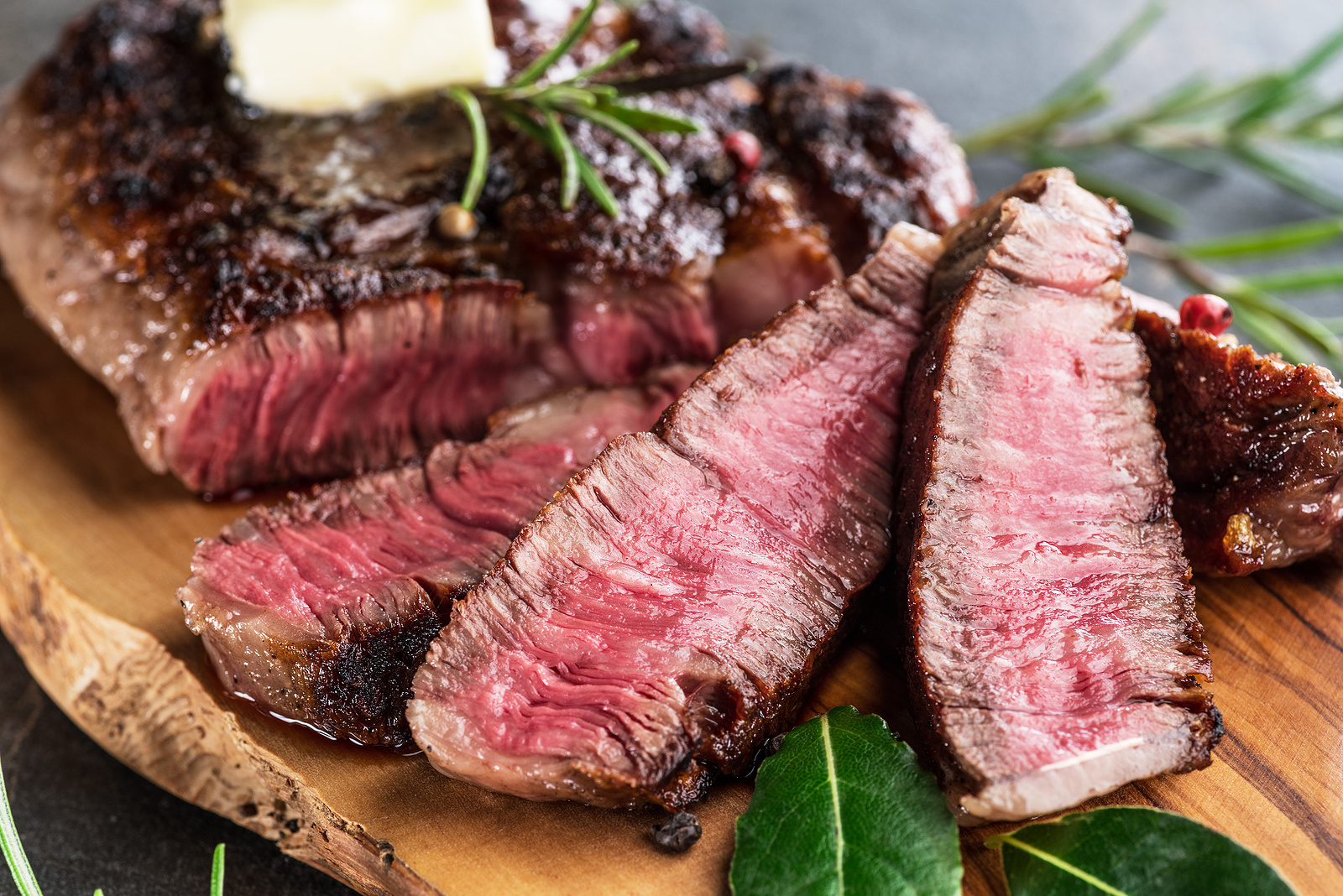 If you don’t want to spring for a fancy steak or lamb dinner, Cabernet Sauvignon also pairs well with a nice cheeseburger. The trick here is to load up on umami-rich ingredients. Umami is responsible for giving food that extra je ne sais quoi. It is found in foods like aged cheese, mushrooms, and meat, and is believed to give food an added layer of richness. Build your own umami burger piled high with sauteed mushrooms, melted cheddar cheese, and a hearty helping of bacon.

Wine and cheese are one of life’s simplest pleasures. When pairing Cabernet Sauvignon with cheese, it is important to look for cheeses with a bit of fat to it. Adorn your charcuterie board with aged semi-hard cheeses, like an aged cheddar or gouda. The fattiness of the cheese tames the bold wines, making them less harsh and more approachable. This works great with a red Bordeaux.

If you enjoy the herbaceous notes that you can sometimes find in Cabernet Sauvignon, pair it with a piece of herbed cheese. Search for rosemary crusted sheep’s milk cheese and experience how the herbal notes in both the wine and cheese sing in perfect harmony. Similarly, you can bring out the earthy qualities of the wine by pairing it with a truffled brie. 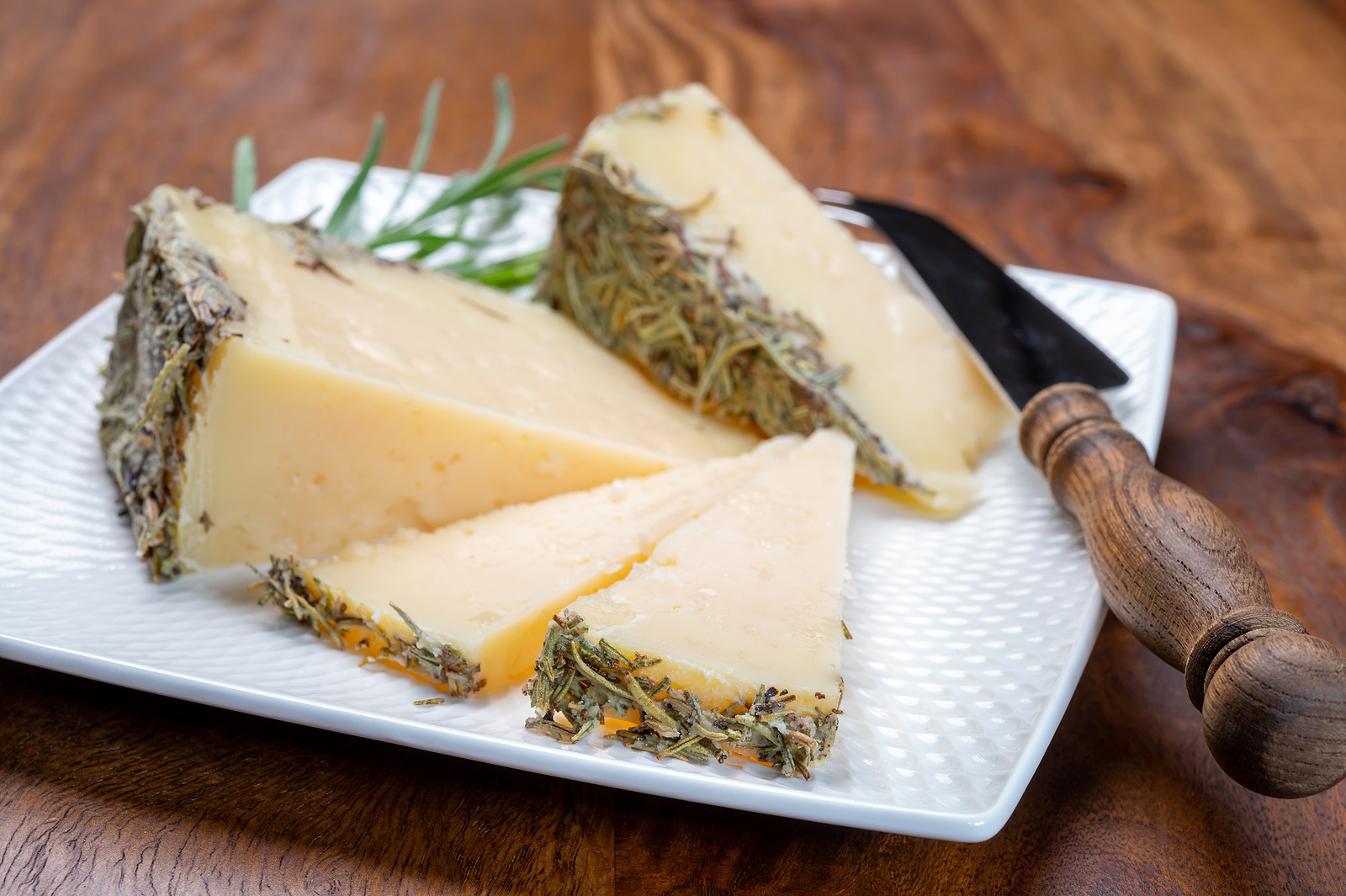 Meat lovers aren’t the only one that can join in on the Cabernet Sauvignon fun! Don’t shy away from pairing a big, bold, and beautiful Cabernet Sauvignon with your meal just because you don’t eat meat. The trick here is to select foods that are big on flavor. There are two ways of doing this. The first is to use foods that have meaty and hearty qualities. Portobello mushrooms are a great example of this. Other hearty options include lentils and black beans. Grilled portobello mushrooms or a smoky black bean burger are great plant-based alternatives that still pack a meaty punch. 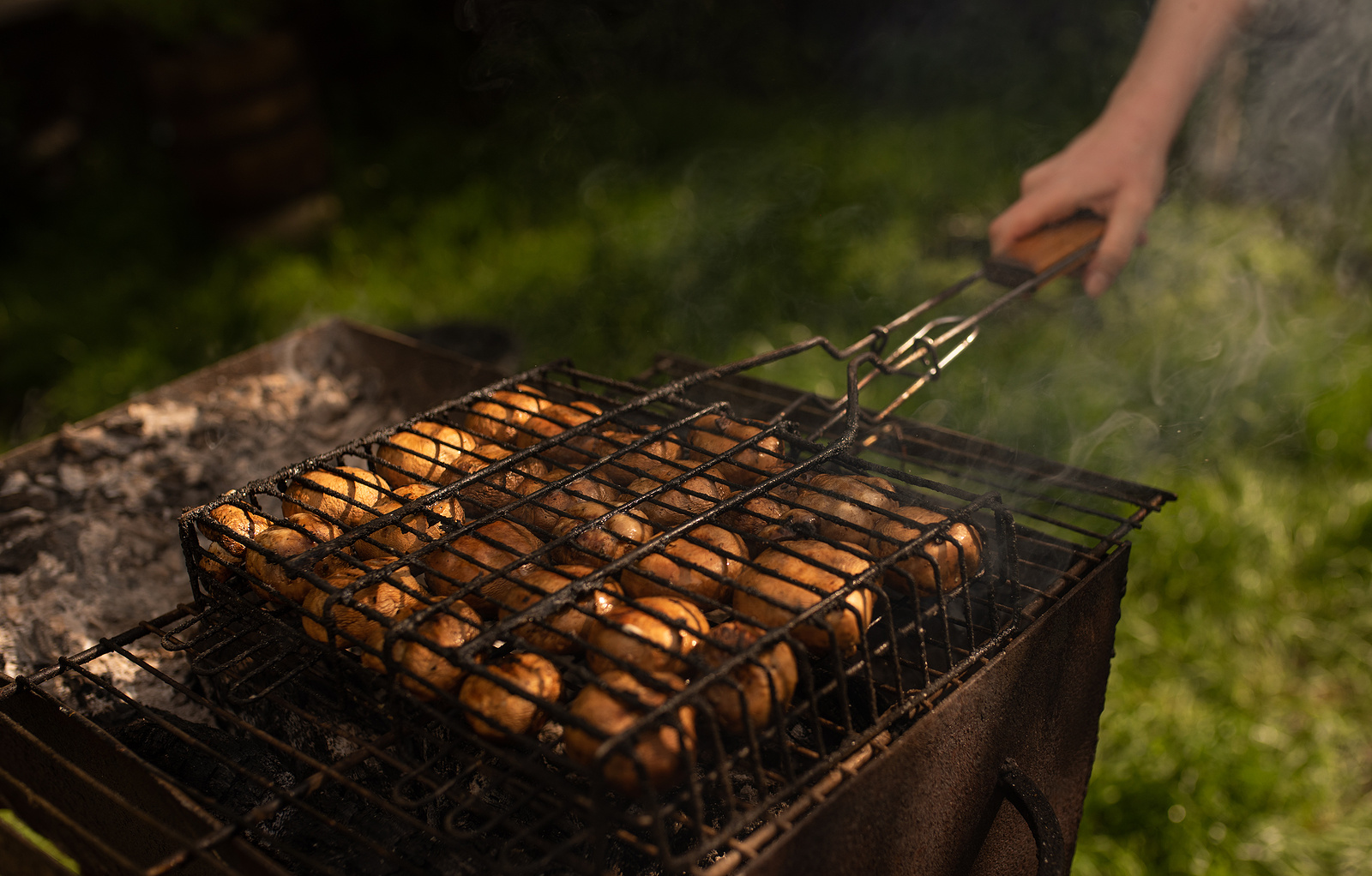 The second option is to choose a cooking technique that will bring out lots of flavor. Consider grilling, roasting, and smoking as cooking methods that add flavor intensity and depth to a dish. Vegetables like eggplant and cauliflower benefit from some grill marks. Look to smoked tofu for a flavorful protein option that makes a great addition to stewed lentils. The smoky flavors play nicely with Cabernet Sauvignon that has been aged in oak.

Get Your Snack On

Who said that wine pairings have to be a serious sit-down affair? Make any hour happy hour when you pair Cabernet Sauvignon with some tasty snacks and appetizers. Pair a Cabernet Sauvignon with bacon-wrapped blue cheese stuffed dates or a savory mushroom tart for the perfect start to your meal. If you're more in the mood for snacks while you watch your preferred streaming service, a juicy Cabernet Sauvignon is exactly what you need alongside cheese puffs, cheese curls, or a bowl of these homemade cheese crackers. 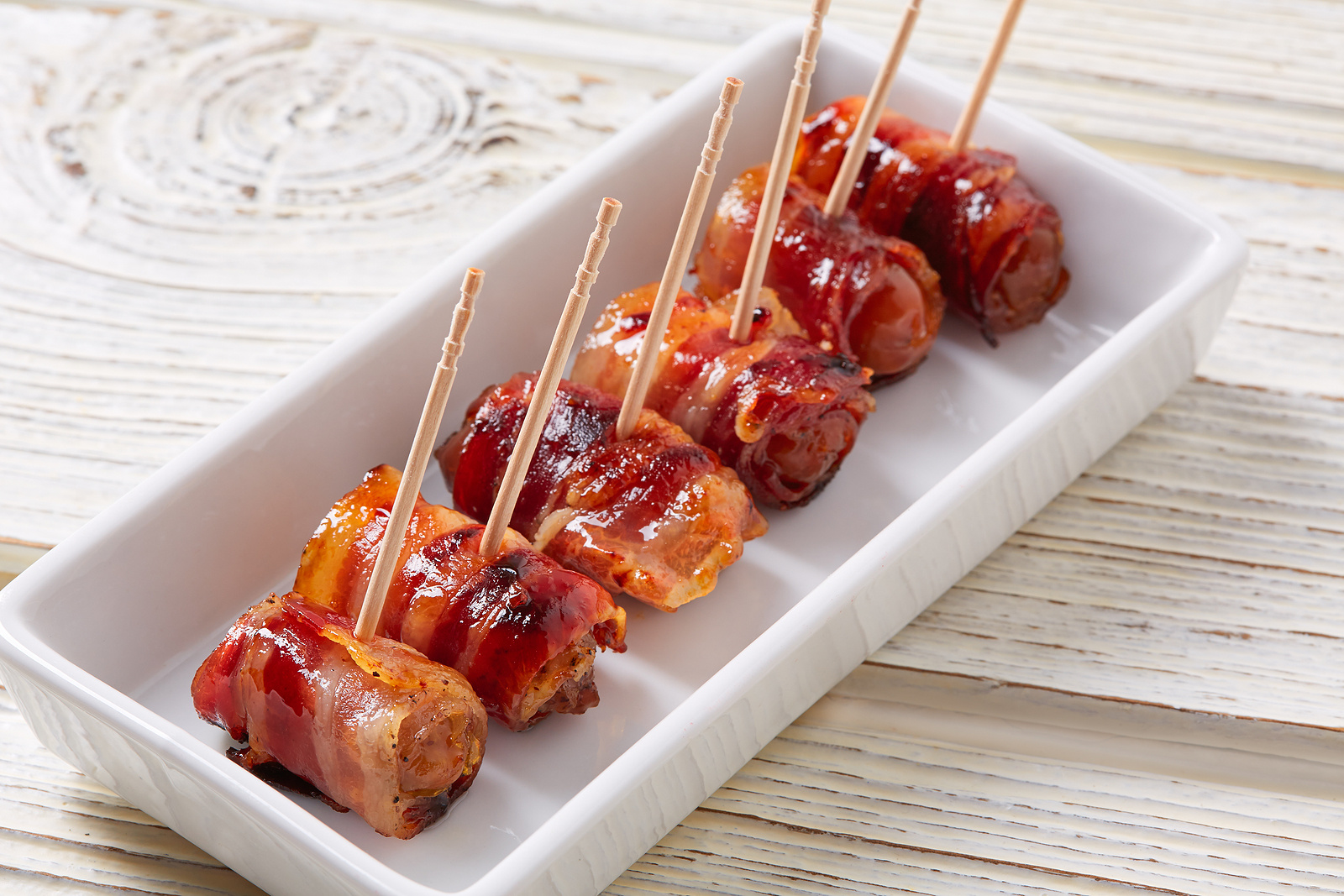 Did we miss a food pairing? If so, share it with us on Instagram and tag us (@DCanterwines). What is your favorite thing to eat with Cabernet Sauvignon?