You Had Me at Merlot: If You Like Merlot, You’ll Enjoy These Alternatives

“I’m not drinking any fucking Merlot!”

These famous words from the Sideways movie kicked Merlot out of popularity in the mid-2000's. While Merlot sales were already dipping prior to the movie’s release in 2004, that statement appeared to be the final straw.

It’s a shame, really, because Merlot is fantastic. It’s a chameleon grape that tastes differently depending on where it’s grown. And ironically, we find that in the end (spoiler alert!), Paul Giamatti’s character actually loves Merlot.

I love it, so you’ll catch me saying, “You had me at Merlot.” I’m a sap for the wine made from this black grape native to Bordeaux, France. It’s thought to be named after a common black bird, merle in French, which also likes to eat it. Who can blame that little black bird? Merlot is damn delicious. 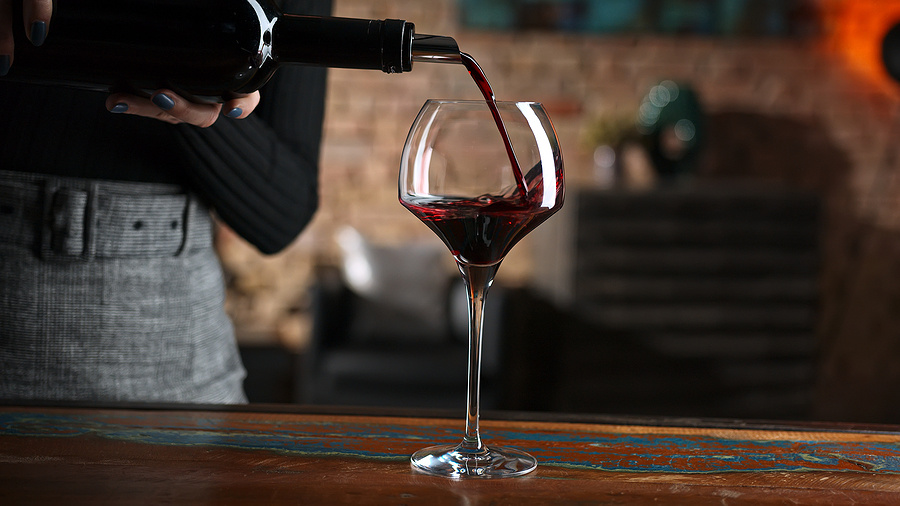 It’s commonly found as a partner to Cabernet Sauvignon and Cabernet Franc in Bordeaux blends and to Sangiovese in Super Tuscan blends---giving these wines a bright, fresh, berry fruit quality. On its own, Merlot is sensational. In warmer climate regions like Napa Valley or Paso Robles, California, it is characterised by ripe, juicy red and black berry fruit notes (i.e., cherries, raspberries, blackberries) along with chocolate, vanilla, and clove overtones. Imagine a chocolate-covered dark cherry but not as sugary sweet...just ripe and juicy with the chocolate part as a hint of flavor.

It’s a thin-skinned grape, so the tannins are generally lower (in comparison to Cabernet Sauvignon, for example) making it more approachable and ready to drink when young. It also has lower acidity making the resulting wine amply voluptuous in volume but silky and smooth in texture. It’s oh so comforting! In cooler climate regions like in Bordeaux, Merlot can exhibit earthy qualities with notes of sweet tobacco, dried green herbs, or tomato stem. Since Merlot changes depending on where it’s grown, it makes for quite a versatile wine pairing.

If you like just a hint of those earthy notes in Merlot---those herbaceous or vegetal aromas and flavors---then Chilean Carmenere is your next stop. Chilean Carmenere is medium to full-bodied with really smooth texture and abundant in those bright, fresh red berry flavors that you’d like from Merlot, along with slight hints of green bell pepper or savory stem notes.

Carmenere is another native grape variety of Bordeaux but more recently has called Chile home. Like Merlot, it was a blending grape in Bordeaux wines. At one point, it was even confused for being Merlot when it was first discovered in Chile. Merlot and Carmenere have the same parent grape (Cabernet Franc), so they both exhibit “pyrazine” qualities which is highest in Cabernet Franc and give the wines those savory “green” aromas and flavors. Think green bell pepper. Pyrazine qualities show up most in wines from cooler climate regions, of which Chile is one.

If you want to turn up those earthy, green flavors, then pour yourself a glass of Cabernet Franc. I suggest we head to the Loire Valley, France for this one---maybe to Chinon or Saumur-Champigny in the Loire. Cabernet Franc from the Loire Valley is like a campfire with friends. It’s easy going, approachable, and smoky. The bell pepper flavor is pronounced and can either be green or roasted red depending on the weather on that year of harvest. Green bell pepper indicates that the weather wasn’t as sunny that year. Cabernet Franc is generally medium-bodied with a lively acidity, enticing you to sip some more.

For a more fruit-driven style with those comforting cocoa or chocolate undertones that you desire from Merlot, look no further than Malbec. We’ll head to Argentina for a sample. Like Carmenere, Malbec is also a Bordeaux varietal that has claimed a South American country for its home. Argentinian Malbec exhibits succulent, ripe blackberry and plum flavors with nuances of milk chocolate or cocoa dusting. It provides a lush mouthfeel without overpowering tannins. Drinking it is like being wrapped around with a fluffy blanket while watching the funniest rom-com.

Unlike the others I mentioned above, Valpolicella is not a grape but a wine region in northeastern Italy. Valpolicella wines are typically made from three grapes: Corvina, Rondinella, and Molinara. The wine itself is not known by these grapes but by the place where it’s made. What I love about Valpolicella that is similar to my love of Merlot is the pronounced red berry flavor. It’s oozing with red cherries, strawberries, raspberries--all juicy and delightful. Valpolicella Classico is a perfect Sunday afternoon, the kind of afternoon where you have no care in the world.  We can use one of those, right? There’s also Valpolicella Ripasso to try, which is slightly sweeter like a cherry compote versus a fresh cherry. It’s a more decadent style and quite uplifting on a rainy day.

I hope these wine alternatives to Merlot have intrigued you to expand your wine horizons. I’ve certainly become more promiscuous when it comes to my wine drinking. While Merlot is still a go-to favorite of mine, I enjoy experiencing other wine styles like it. Shop online or stop in our wine boutique to give these wines a try. Share with us which is a new favorite of yours on Instagram @dcanterwines.